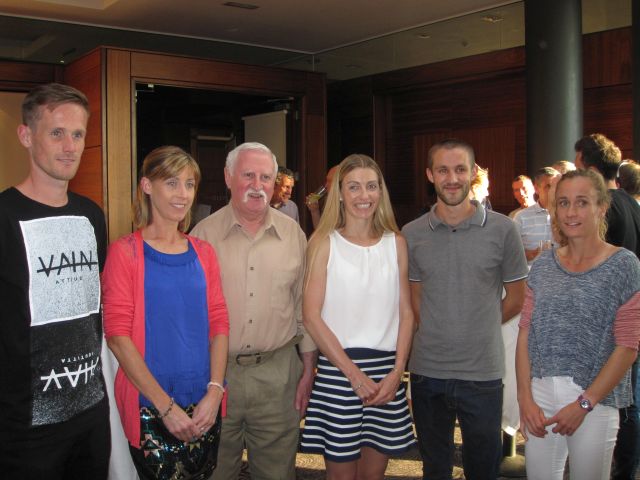 Leevale AC held a reception in Cork's River Lee Hotel, on Monday May 30th, to acknowledge and honour the section of athletes and officials for the forthcoming European Half-Marathon Championships, in Amsterdam, in July, and the Rio Olympics.

Three Leevale members, Lizzie Lee and Alex Wright have been selected, having achieved the respective qualification times. Donie Walsh has been appointed Athletics ireland's Distance Coach for the Olympic Games, while Michelle Finn awaits formal ratification, early in July.  Leevale member Brian Keane is also Rio bound, having qualified in the Triathlon.  Leevale hope that other members will also qualify, before the looming qualification deadline.  It is noteworthy that Donie is heading back to the Olympics, in 2016, 42 years after competing in the Olympic Marathon at the Munich Olympics. 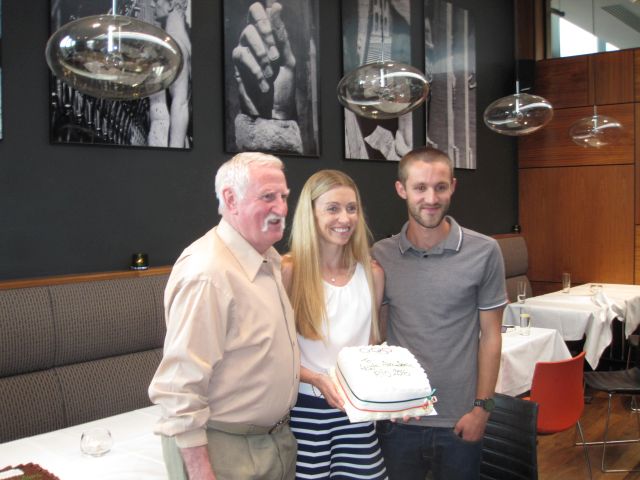 Also honoured last night were Amsterdam bound Claire McCarthy, who also achieved the qualification time for the Olympic Marathon, and Mark Hanrahan. Both will now compete in the European Half-Marathon Chamopionships, in Amsterdam, early in July 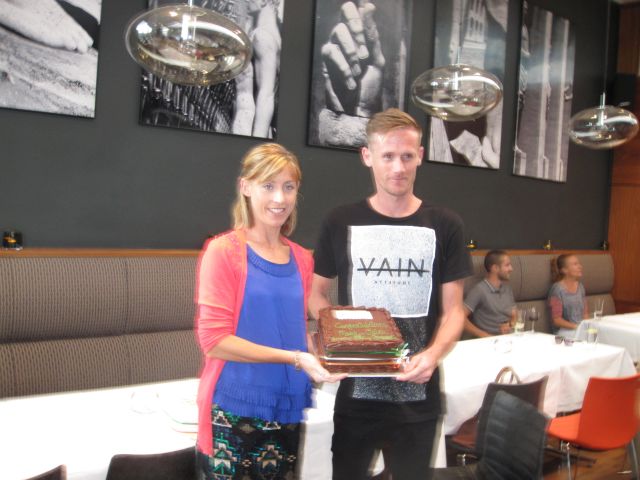 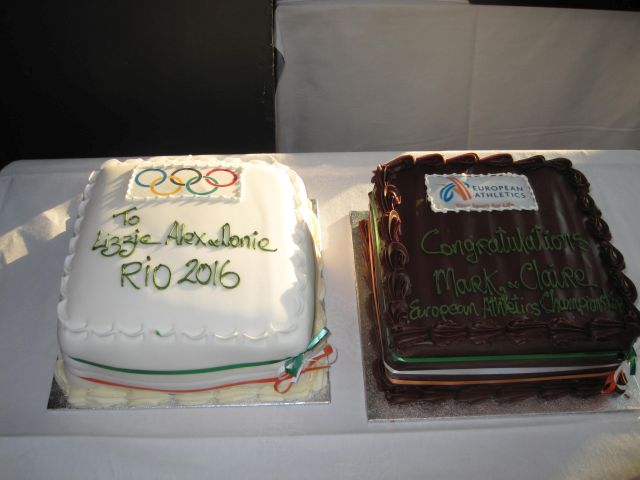 The Commerative Cakes Note: The Olympic cake was consumed on the night, but the European cake was boxed up and taken away (much to Cork Athletic's disappointment)...so propably 'a perpetual trophy' 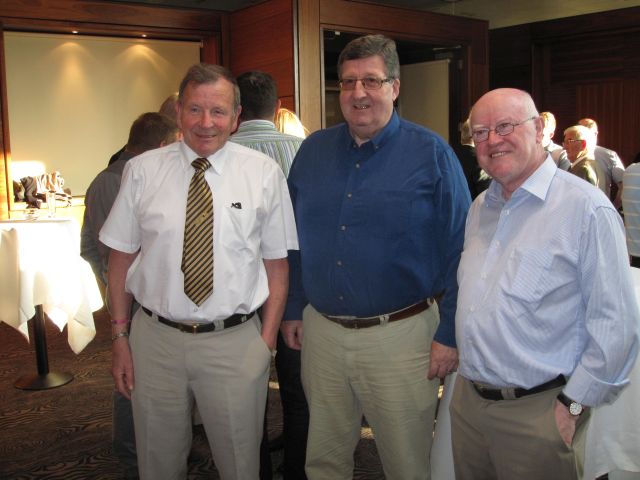